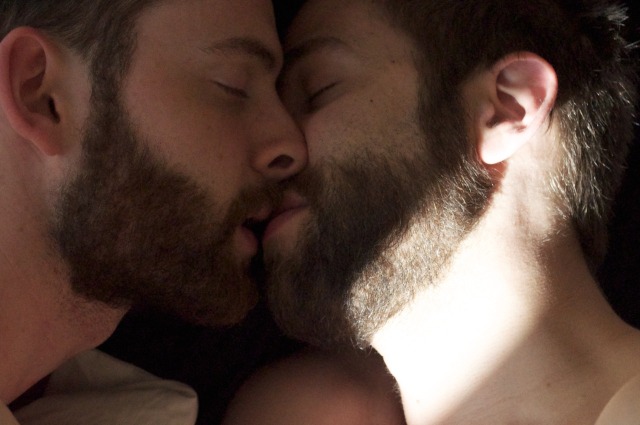 Gentlemen, we are living in a glorious age of facial hair.

You see beards everywhere from hip BK boys to sophisticated midtown men to the daring Harlem pioneers*.  Handsome, alluring beards of all colors and lengths adorning the chins and cheeks of the men of this city.  Get enough of us in a room together and it’s actually a bit overwhelming.  Beards have become almost more a standard trait than a distinctive one and as a result reduced the question, “Do you know that guy with the beard?” to a unhelpful inquiry at any party.

Not since ancient times has society enjoyed such a golden age of beards.  Classical Greeks would only be considered men once their beards grew in thick and full and the Vikings took great pride in oiling and grooming their beards–a past time for their warriors and gods alike.  You hear that?  We’re emulating classical heroes and warrior gods!

So why are men putting down their razors and letting their facial hair grow?

One reason may simply be: Why not, we gotta do something to keep trends changing?  The previous trend was CLEAN SHAVED followed by a hesitant SCRUFFY phase, so naturally this led us to FULL ON BEARDS.  There are really only so many options available, so in the cyclical turning of society, we’ve ended up on the hairy era (at least for our faces…).

Another reason is: Daaaamn, men look goood with beards.  I’ve always been drawn to the primal, masculinity of a hairy-faced man and have often mused about wanting MORE of a beard (mine is fine, just not one of the substantial, warrior ones).  Gay men often emulate what they find attractive so a self-feeding loop of “I like beards, I’ll grow a beard” has taken hold and created a populace of dignified brutes.  Plus I feel it’s just a universal fact: grow a bit of stubble and increase your sexiness.

Finally, there are the practical benefits.  A beard protects the gentle face from harsh cold wind and radiation-filled sunlight.  Covering your face in hair keeps the skin younger and healthier.  Also a thick mustache can capture allergens before the irritating particles invade a man’s system and send him into fits of congestion.  The beard is your furry protector shielding you from the damaging elements of the world.

And of course a beard just feels really great to kiss.

Enjoy this era, men, for we are given permission and encouragement (and peer pressure?) to spare our skin and let our handsomeness roar forth.

*that’s totally tongue and cheek as I call Harlem home.

This entry was posted in Queer Community and tagged beards, bears, lifestyle, NYC. Bookmark the permalink.

3 Responses to The Bearded Era