Fate of Equality: Waiting on the Supreme Court 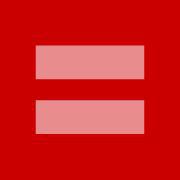 The future of American society is on the edge of change.  For years proponents of marriage equality have been fighting to extend the rights and honors of government-recognized unions to queers and in the next 2 days some big decisions will be made.

The breakdown: The Supreme Court will hear arguments starting today on two separate same-sex marriage cases–one involving California’s Proposition 8 and one on the federal Defense of Marriage Act (DOMA).  The rulings on these cases could of course go any number of complicated ways with the range of options including a historic decision that could make marriage a constitutional right for everyone OR a narrower ruling that would leave the issue to the states (with multiple options in between).

After YEARS of working to change policy and public opinion, we may finally be standing on that legendary tipping point we’ve all been hearing about since the tides starting turning.  The push for marriage equality has been gaining support for a while and the more people who support it and the more government bodies who endorse it, the stronger the need for same-sex marriage to become a part of the accepted norm.  The Supreme Court’s ruling–the decision of nine chosen people–will have a profound impact on the happiness and bliss of millions of people.

This is history, folks.

Even if you’re one of the bitter fags who doesn’t really care or believe in marriage, the outcome of these proceedings still has a huge implications on how society–and yourself–accepts you.  I may not be rushing off to marry my boo later this week, but I will surely feel more empowered and more like an equal citizen if the Supreme Court rules in favor of the queers.

Embrace this moment and reflect on the implications for yourself and our society.  This week is an opportunity to stoke the conversation about equality and feel good about the progress we’re making.  We all know the direction history is heading, I just want to hurry up and get there already.

This entry was posted in Queer Community and tagged equality, gay rights. Bookmark the permalink.

1 Response to Fate of Equality: Waiting on the Supreme Court